History of the monastery

The shaolin monastery was founded in 495 AD during the North Wei dynasty by the order of Emperor Xiao Wun. The monastery was situated in a shady valley in the foot of the mountain Shao Shu, in the province of Henan.  This is probably the reason why they called the monastery “Shaolin” – which literally means “Young Forest.” The monastery itself was designed by the Indian priest Batuo who became the monastery’s abbot. He is accepted as the person who officially brought Buddhism in China. Thousands of people crowded the monastery in order to hear Batuo’s sermons and the temple of Shaolin gained a huge popularity. This popularity, however, seemed insignificant in the face of what Fate had in store for Shaolin. 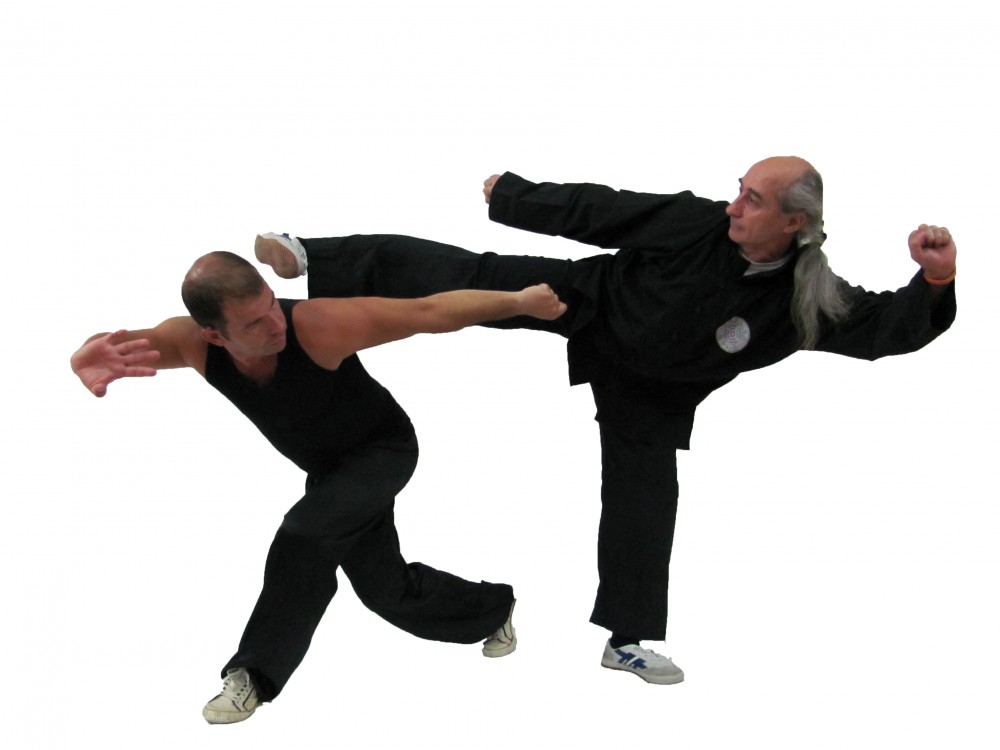 Thirty years later another monk arrived in the monastery – Bodhidarma. It is hard to determine exactly why he didn’t stay in the Buddhist temple, but he occupied a cave near the monastery and spent nine years of his life there and created a new Buddhist movement – Chan (in Japanese - Dzen). Legend has it that after the long time he spent in meditation led to the engraving of his face on a stone. He was later moved to a room in the monastery called “The Room of the Thousand Buddhas” and was called the “Stone of the Shadow”.

Bodhidarma reached the conclusion that his followers must endure long journeys across the country and he created a series of exercises which helped concentration of “both heart and mind.” The misconception that Bodhidarma had invented a martial art in which he later taught the other monks is very common. But this does in no way mean that he had no part in the creation of the Chinese wu-shu.

One has to bear in mind that a simple fighting system did exist during the earlier dynasties. It had been practiced by the warrior monks who guarded the temple. The merging of these primitive fighting techniques and Bodhidarma’s meditation methods gave birth to a legend – the Shaolin monastery and its wu-shu.

The temple’s history is enough to fill thousands of pages, but one particular event will always stand out as it has forever changed Chinese history.

It’s the early seventh century. The Sui dynasty (581-617) is in power. The Chinese Empire is being shaken by numerous uprisings and all rebels are subject to a brutal man-hunt. One of them, called Lee Shumin, has been saved by 13 Shaolin monks who are able to rout a whole Imperial division. Later, this same man takes the throne as the head of the strongest dynasty which has ever ruled China – the Tan dynasty.

This story has been etched on a rock near the monastery and under it stands the Emperor’s personal seal.  From all the riches the Emperor bestows upon the temple each monk accepted only a garment and a tea set. The emperor than gave them an edict which allowed them to develop a new fighting system and their number exceeded one-thousand and five-hundred, five hundred of which were warrior-monks. The ban on consumption of wine and meet was removed and the temple was given the title of “First Temple of the SubHeavens”

During the centuries the monastery has been burnt down and then rebuilt numerous times with the newest buildings dating back to the Ming and Tzin (1368-1911).

A lot of monasteries laid claim to the glory of Shao Lin and some even called themselves so. There were four temples by this name. The most famous one was the one in the province of Fudzen which was called the South Shao Lin.

During the years of the Cultural Revolution (1966-1967) all of the monks were evicted from their temples and monasteries. The Shao Lin monastery also became deserted. Only in 1979 did the surviving monks return to the Buddhist sanctuary.

Today the monastery is one the biggest tourist landmarks in China and each year the Chinese government grants funds for the restoration and maintenance of the temple complex.

The development of the fighting techniques in the monastery of Shao Lin has undergone a lot of stages. Starting out as a few simple movements Wu-Shu gradually became a strict system based on philosophical concepts. It is believed that initially only eighteen techniques existed, known as the
“Eighteen hands of Louhan*.” They were distinguished by their fast speed and comparative simplicity mainly because they were executed in a few basic positions. This characteristic distinguishes wu-shu from all other fighting styles and martial arts. During the centuries the techniques were enriched and evolved, finally reaching completion in five basic styles: Tiger, Dragon, Crane, Snake and Leopard. Each of these styles is based on the movements and defensive reactions of its corresponding animals. It is considered that each of them develops a certain aspect of a person (agility, strength, speed, spirit). Of course, there were other forms, but they were lost in the course of time.

A large amount of time was dedicated to the use of weaponry. Buddhism forbade carrying weapons which forced the monks to use the common stick as a means of self-defence. In the hands of a master, it was a weapon to be reckoned with. When the Tan dynasty came to power, the Emperor himself gave the monks permission to use metallic weapons. The spear, halberd and saber became an inseparable part of wu-shu. Gradually these fighting skills began spreading outside the monastery, giving the basics of the external styles (in Chinese martial arts fighting styles are basically classified as internal and external).

Nowadays tradition gives way to sport. Today’s competitive rules impose lots of limitations and norms which put a lot of obstacles in the path of the student and if there is no development and change, the end result is clear. The point of wu-shu is not to prove something, but to search for the Path. The Path which began fifteen centuries ago somewhere in China in a “Young Forest”.